Our team of four focused on spreading bike-safety awareness on the UC Davis campus. We compiled a list of questions, which asked bikers to list their bicycle habits and their opinions on bicycle laws. A separate survey was addressed to the UC Davis police asking their opinions on student bikers. Using the results from both surveys, we compiled a leaflet to add onto the UC Davis police bicycle safety brochure. The leaflet is in the process of being incorporated into the police brochure. We composed a separate presentation including our findings to present to a larger audience of UC Davis students. Our team contacted the UC Davis Student Housing coordinator for a chance to present in the dorms. The Aggie Newspaper was also contacted in an attempt to add our findings in the form of a small article. Both of these sources were reached too late in the quarter, delaying any action until the next quarter.

Due to our lack of understanding of our on campus resources we had decided to create a pamphlet that would show UC Davis students what resources are available on campus. In order to create this pamphlet we interviewed each center so that we could show each center from a student’s perspective. After the interview, we gathered the information and compiled it. The most difficult part of the project was verifying all the information with each center. Each center had an image that they wanted to keep; they supplied us with feedback for the pamphlet. Weeks were required in order to get a hold of a representative from each center and verify the information with them until they were satisfied. Although it was a very hard task, we were able to understand what resources our campus had to offer. I hope that this pamphlet will help students access campus resources more easily. 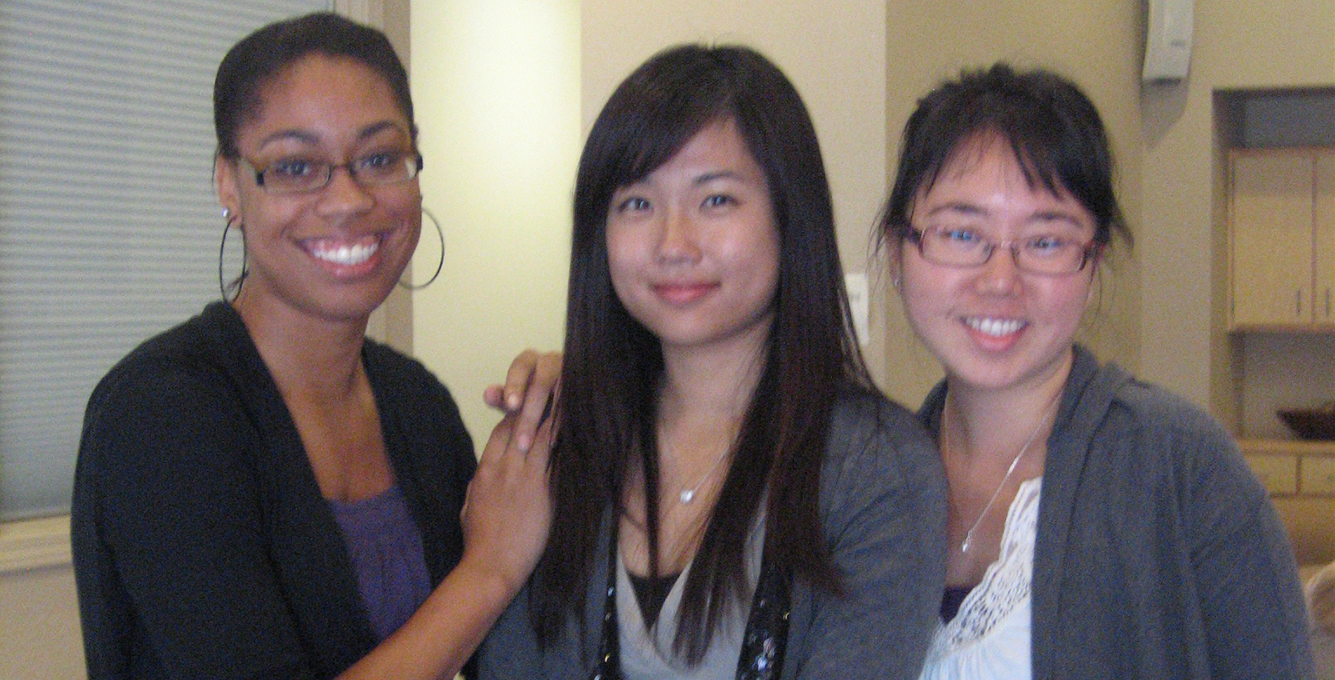 The C Team’s goals are to educate students about the Budget Cut, and offer financial and academic services and tips to help lessen its impact. Throughout the process, Team C interviewed four major departments, Financial Aid Office, Registrar Office, Internship and Career Center, and ASUCD, and consolidated the information gathered on available student resources into a pamphlet and poster board. As a result, we successfully reached our goals by tabling on the Quad to raise awareness, and passing out the pamphlets to students. Many people stopped by to praise our work, and some reconsidered their opinions about the Budget Cut.

Group Care-free’s primary goal was to bring awareness to the issue that is severely affecting Asian women in both developing and non-developing countries. In America, Asian women between the ages of 15-24 have the highest number of suicides among women in similar age groups and the second highest rate of suicide in every other age group. Furthermore, this group of women also has extremely high levels of anxiety and or depression. To give a voice to these individuals, our goal was to create a brochure that listed the symptoms of anxiety, symptoms of depression, campus treatment resources, national and international statistics, and personal accounts submitted to us from anonymous writers. We also analyzed the state of the UC Davis women on campus by constructing a survey and having Asian women, of various majors, fill it out. Finally, we asked for anonymous account submissions from Asian women experiencing depression and or anxiety to really get a greater understanding of these troubled women.

Our project looked to consolidate and centralize UC Davis resources to make it easier for students to access. We sought to collect information on how students can maximize their experience during their time at UC Davis. We attempted to do this through constructing an interactive website. Information ranges from social activities, to academic preparation, and to personal/professional development. This was a student created project for other students to take advantage of.

Initially we first started off as a group that would help out the Food Bank of Yolo County but since we had a lot of manpower, we thought it was more efficient to work here in Davis to help out the Food Bank. After a couple of meetings, the team decided on hosting a series of pancake themed “Brinner” nights that would rekindle our childhood memories. We would have all you can eat pancakes for the price of $3 and show cartoons with a movie towards the end. At the end of each event, we would host a drawing for the prizes that was donated. Each event was fairly successful and we raised over $200 in 3 events.

Our purpose was to find ways to improve the GSP experience. We dug deep into the issues of registration and social acclimation. Everyone is shy, but when you’re in an unfamiliar country and speaking an unfamiliar language, it’s even more daunting when trying to meet new people. We brainstormed ideas and worked with the GSP director Jake Hosier who helped ups keep in perspective of bureaucratic and budget issues. In the end we came up with three different things that Jake will implement next year: the personal letter written by GSP students, restructuring of orientation so incoming students do not feel like they are going through information overload, creating a self guided tour where the students can read the guide and walk at their own pace.

Our idea for the project is to take the opportunity during the Asian Pacific Cultural week to learn how leaders organized events and influence others. We decided to come to some workshops, learn something about Asian cultures, and interview some people on how they feel about the event. At the same times, we noted any characteristics that a student leader possess and do a back up research on it. In the end, we try to teach students that being a leader is not hard, it just takes time and effort and contributions you make to influence society.

Our team wanted to identify the locker system in UC Davis and tried to get more lockers and raise the desire of having more lockers. Our goal was to get more lockers in popular area, so we surveyed the students to show that how much student need it. We contact the people who charge of lockers in each department and ask how we can use it right now and the future plan of it. We collect the data and tried to make the presentation that we can use when we talk to the head of department.